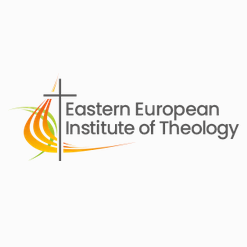 “If one member suffers, all suffer together with it” (1 Corinthians 12:26 NRSV)
“What have you done? Listen; your brother’s blood is crying out to me from the ground!” (Genesis 4:10 NRSV)

As the next phase of Russia-Ukraine war began with the full-scale invasion on February 24, 2022, we, the representatives of Ukrainian evangelical theological educational institutions, have witnessed massive war crimes, including numerous acts of violence, irrational cruelty, and inhuman treatment of civilians, destruction of cities, executions of peaceful civilians, rapes, pillaging, and plundering.

We express Christian solidarity with the victims of Russian invasion of Ukraine
Following the example of Christ, who in the Incarnation assumed the fullness of human existence, we identify with the victims of aggression and refuse to stand silently aside, pretending that nothing is happening. We grieve together with those, who lost their family members in Irpin, Bucha, Hostomel, Mariupol, Kharkiv, Izium, Chernihiv, Sumy, Kramatorsk, and other cities and numerous towns of Ukraine. We weep with the victims of violence and inhuman treatment by the Russian troops and, together with them, demand justice to be served in earthly courts even now, prior to the Judgment sentenced by the Righteous Judge. We pray for the millions of internally displaced people and refugees, for families that are torn apart, for families of fallen soldiers, for people that lost their homes and now cannot imagine what their future will hold. As members of Christian communities, we will do everything we can to alleviate your suffering. We stand with you!

We condemn the war crimes committed by the Russian occupation forces in Ukraine
We condemn the war waged by the Russian Federation as an unprovoked, insidious and invasive act of aggression against sovereign Ukraine and its people. The aggression was preceded by many years of dehumanization of Ukrainians in the public opinion of Russian citizens, incitement to hatred towards both Ukraine and its citizens, depicting them as a dangerous enemy, denying the right of Ukrainians to choose the direction of their national and civilizational development. The propaganda campaign became the basis for starting an aggressive war. Calls for "denazification" and "demilitarization" are just a smokescreen for the real motives of the Russian leadership: Russia’s absorption of Ukraine as a numb vassal state and the dissolution of Ukrainian identity in the "Russian world". We condemn Russia's methods of waging war: refusing to provide humanitarian corridors to civilians, extrajudicial killings and killing non-combatants, destruction of civilian infrastructure, the use of civilians as human shields, and the use of indiscriminate weapons.

We strongly condemn the silence, detachment and open support of the war with Ukraine exhibited by the Russian Christians
We are deeply saddened by the reaction of Russian evangelical believers to the war waged by Russia against Ukraine. A number of leaders of church unions, pastors and community members remain silent. At best, they speak cautiously of prayerful support and help to refugees, flat-out refusing to give a biblical and moral assessment of the war and Russian army war crimes. We are not looking for theological and historical reasons for the loss of prophetic vision by Russian Christianity, the loss of ability to make sound moral judgment and express solidarity with Ukrainian Christians who became victims of the war. Whatever these reasons may be, we want to remind that the invisible Body of Christ must manifest itself in a visible way: “If one member suffers, all suffer together with it” (1 Corinthians 12:26 NRSV). The suffering of brothers and sisters in Christ requires a public identification with them.

We call on Russian Christians to repent of their support for the leadership of the Russian Federation
We strongly condemn those church "leaders" and church communities or associations of churches that openly support the aggressive actions of the top leadership of the Russian Federation. Consciously or not, they recognized Caesar as their "lord" and renounced the early Christian confession that "Jesus is the Lord." In the act of apostasy, they traded the compassionate unity with the crucified Body of Christ for personal security and proximity to the political elite of the state. We call on them to repent of their explicit or disguised support for Russia's misanthropic imperial policy, the ideology of the "Russian world" and aggressive war against Ukraine. We urge them to identify with the victims of aggression. We also urge them to seek the power of the Holy Spirit to make practical steps that would impact public opinion in Russia about the war against Ukraine and the country's top leadership. “Bear fruit worthy of repentance” (Matthew 3:8 NRSV).

We call on international partners not to remain indifferent to Russia's aggression against Ukraine
We are deeply disappointed that some international partners, organizations and associations of churches describe the war with neutral terms such as "crisis", "conflict", "situation", "violence". And as such, they avoid naming the aggressor and do not give biblical and moral assessment of the facts of aggression. We urge them to give an objective assessment of the invasive war and Russian Federation army’s war crimes, listening not only to the mouthpieces of Russian propaganda and their repeaters in a religious environment, but also to the testimonies of Ukrainian Christians who experience the true goals and means of this war. We call for solidarity with the millions of Ukrainian refugees, the thousands of civilians killed and tortured, and those in mortal danger under the Russian occupation or on the action lines of war. At the same time, we express our deep and sincere gratitude to those churches, missions and humanitarian organizations that are doing their utmost to alleviate the suffering of Ukrainians, those who have become refugees in neighboring countries and those who are still in Ukraine, bearing the burden of the war. “Whoever gives you a cup of water to drink because you bear the name of Christ will by no means lose the reward” (Mark 9:41 NRSV).