The Promise of Autocephaly in Ukraine: What’s at Stake? 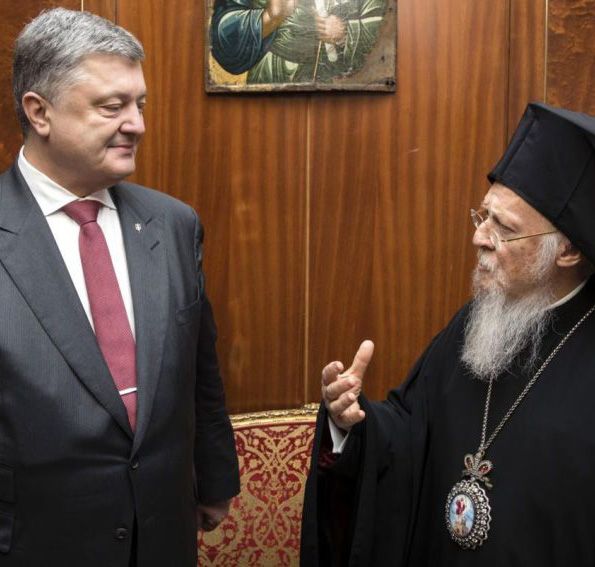 Last week, news circulated that Ecumenical Patriarch Bartholomew is expected to issue a Tomos of autocephaly to the Orthodox Church in Ukraine. This news appeared on the heels of a meeting that took place between Patriarch Bartholomew, Ukrainian President Petro Poroshenko and his delegation after Pascha on April 9, 2018. The discussions between the presidential delegation and President Poroshenko were reportedly lengthy, and Poroshenko formally requested the issuing of a Tomos that would be presented publicly on the occasion of the 1030th anniversary of the Baptism of Kyivan Rus’ in late July. The Verkhovna Rada, Ukraine’s Parliament, voted to voice its support for the appeal for the Tomos, and the synods of the Ukrainian Orthodox Church-Kyivan Patriarchate (UOC-KP) and Ukrainian Autocephalous Orthodox Church (UAOC) issued letters voicing their support for the Tomos. The press office of the Ukrainian Orthodox Church-Moscow Patriarchate (UOC-MP) claims that the actions of the President and parliament violate Ukrainian law, since offices of the state are interfering in Church affairs, and the UOC-MP is also arguing that all of the Orthodox Churches must agree to autocephaly, and that autocephaly is no longer only a prerogative of the Ecumenical Patriarchate. The mechanism for granting autocephaly is a canonical issue that was on the agenda of the Holy and Great Council in Crete of 2016, but which was not taken up by the Churches that participated in the Council. Furthermore, there is no clarity on the recipients of the Tomos: to whom will the Ecumenical Patriarch grant the Tomos, where would the inaugural Liturgy celebrating the Tomos be celebrated, which bishops would concelebrate with the Ecumenical Patriarch, and whose names and sees would be entered into the diptychs of global Orthodoxy?

In the remainder of this essay, I will reflect on what is at stake for the major players in Ukraine and for the rest of global Orthodoxy.