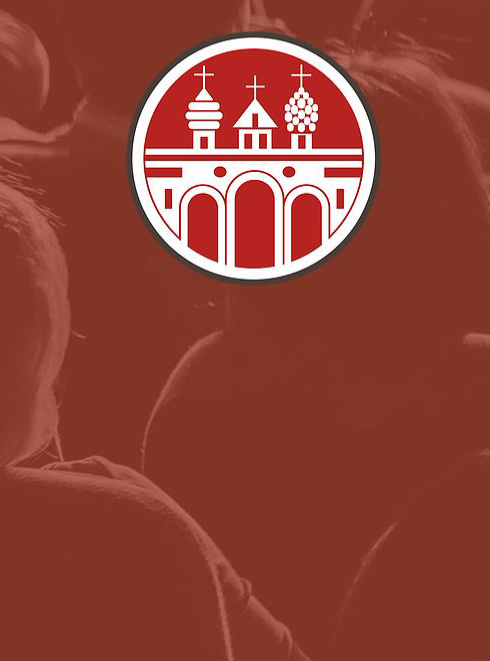 The Institute of Eastern Christian Studies, in cooperation with the Faculty of Philosophy, Theology and Religious Studies of the Radboud University in Nijmegen, the Netherlands, is proud to announce the first conference on Global Orthodoxy. The conference will take place on Wednesday 30 September, Thursday 1 October and Friday 2 October 2020.

The main theme is the question as how the rise of migrant Orthodox (Eastern and Oriental) communities in Europe, the Americas, Africa and East Asia, together with a generally growing degree of internationalization of local churches after colonialism and communism, has contributed to a new type of global Orthodoxy whose sketchily contours take up earlier manifestations of global Orthodoxy, but also display new forms and connections.

About the theme
About a hundred years after the redrawing of the maps of Europe and the Middle East in the wake of World War I, Orthodox churches, both of the Oriental and Eastern traditions, find themselves in a thoroughly changed context. The resurgence of religious institutions and religious practices in the former Soviet republics, the changing status of the various autocephalous churches vis-à-vis Constantinople and Moscow, the wars in the Middle East and Russia’s political and clerical involvement, and the ever growing migration of Orthodox Christians to countries (almost) without historical ties to Orthodoxy all contribute to a new and challenging context of Orthodox traditions and institutions. Europe as a continent and a political structure forms a particular case, with its split into countries with longstanding Orthodox traditions (such as Greece, Romania and Serbia) and the politically dominant countries which traditionally were considered Protestant and/or Roman Catholic – which now happen to be the countries where considerable numbers of Orthodox immigrants have settled (with some estimates putting these migrants at two million; see the Pew Report on Orthodoxy of 2017). Some of these communities are relatively new, others already see a second or even third generation, and both young and older communities have attracted converts from their new homelands and experience change towards new, blended identities.

Challenges in Theory, Challenges in Structure
These changes in religious, sociological, economic and political context constitute a major challenge to the Eastern and Oriental Churches, in the host countries as much as in their home countries. The challenge concerns a number of areas, as their relationship to society at large and the state institutions, their relationships to religious pluralism, and to sometimes rival religions and religious traditions. Another part of the challenge relates to the dominance of secular world views in (Western) host countries and accompanying ethical and societal norms. These challenges – and the variety of responses already provided within different milieus – has led and will probably continue to lead to new coalitions and renewed cooperation between various Orthodox Churches. It will yet probably also increase tensions and misunderstanding between various parts of the Orthodox Churches, especially between patriarchates situated in the home countries on the one hand, and bishops and their dioceses on the other hand, who have to deal with rather different circumstances.

What may be at stake as the result of these complex processes is the emergence of something like a global Orthodoxy, which mirrors similar developments in Catholic, Protestant and Pentecostal circles. These developments in Christianity resemble the increasing globalization of other religious traditions, such as Islam, Judaism and Buddhism. Each of these traditions wrestle with tensions between various aspects of their religious traditions, which in some cases put much emphasis on its localized forms, and in other tend to prioritize the transnational and global.

For this conference it is assumed that Orthodox Churches tend to take a special position in this particular dynamics, with strong emphasis on localized, regional and linguistically distinct traditions which at the same time are interpreted as fully fledged representations of the ‘universal church’. It is a model that is both challenged by, but in some respects also further developed in view of processes of globalization, geopolitical changes and migration.

New Theologies, Same Tradition
At the same time, the named challenges shift the balance towards other, hitherto less developed fields of theology, apart from the classical theological disciplines. Whether appreciated or not, new theological disciplines are emerging. Orthodox theologians over the world are now urged to develop their positions not only in traditional fields systematic theology, biblical theology, liturgical theology and the like, but also to offer elements of social teaching, political theology, social anthropology and global ethics. Accordingly, inter-confessional and inter-religious dialogue experiences a concomitant shift from fundamental towards ethical questions, including debates about human rights, traditional values and the like.

The conference hopes to address the question of the formation of a global Orthodoxy, taking into account the developments in the Eastern Orthodox Churches, most of which come from majority contexts, as well as in the non-Chalcedonian, mostly Oriental Churches, mostly from minority contexts, thus inviting sustained attention to similarities in and differences between both sub-traditions, mutual influences and communalities between these sub-groups.