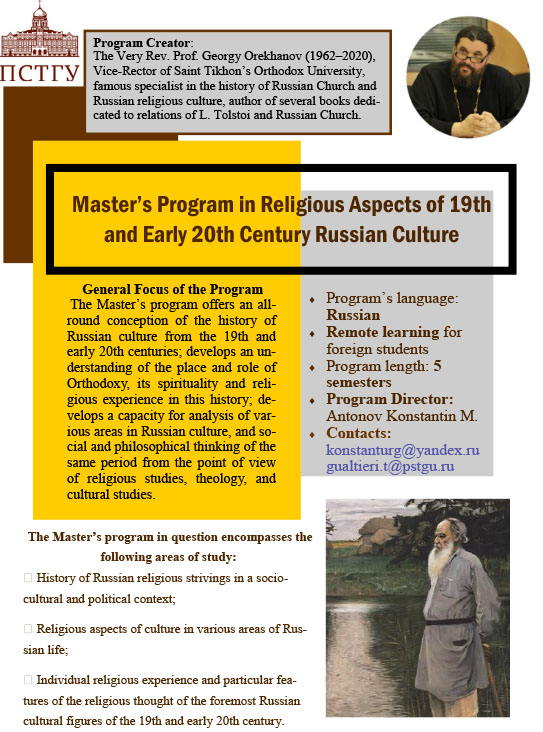 Areas of study:
History of Russian religious strivings in a socio-cultural and political context
Religious aspects of culture in various areas of Russian life
Individual religious experience and particular features of the religious thought of the foremost Russian cultural figures of the 19th and early 20th century

The Master’s program offers an all-round conception of the history of Russian culture from the 19th and early 20th centuries; develops an understanding of the place and role of Orthodoxy, its spirituality and religious experience in this history; develops a capacity for analysis of various areas in Russian culture, and social and philosophical thinking of the same period from the point of view of religious studies, theology, and cultural studies.