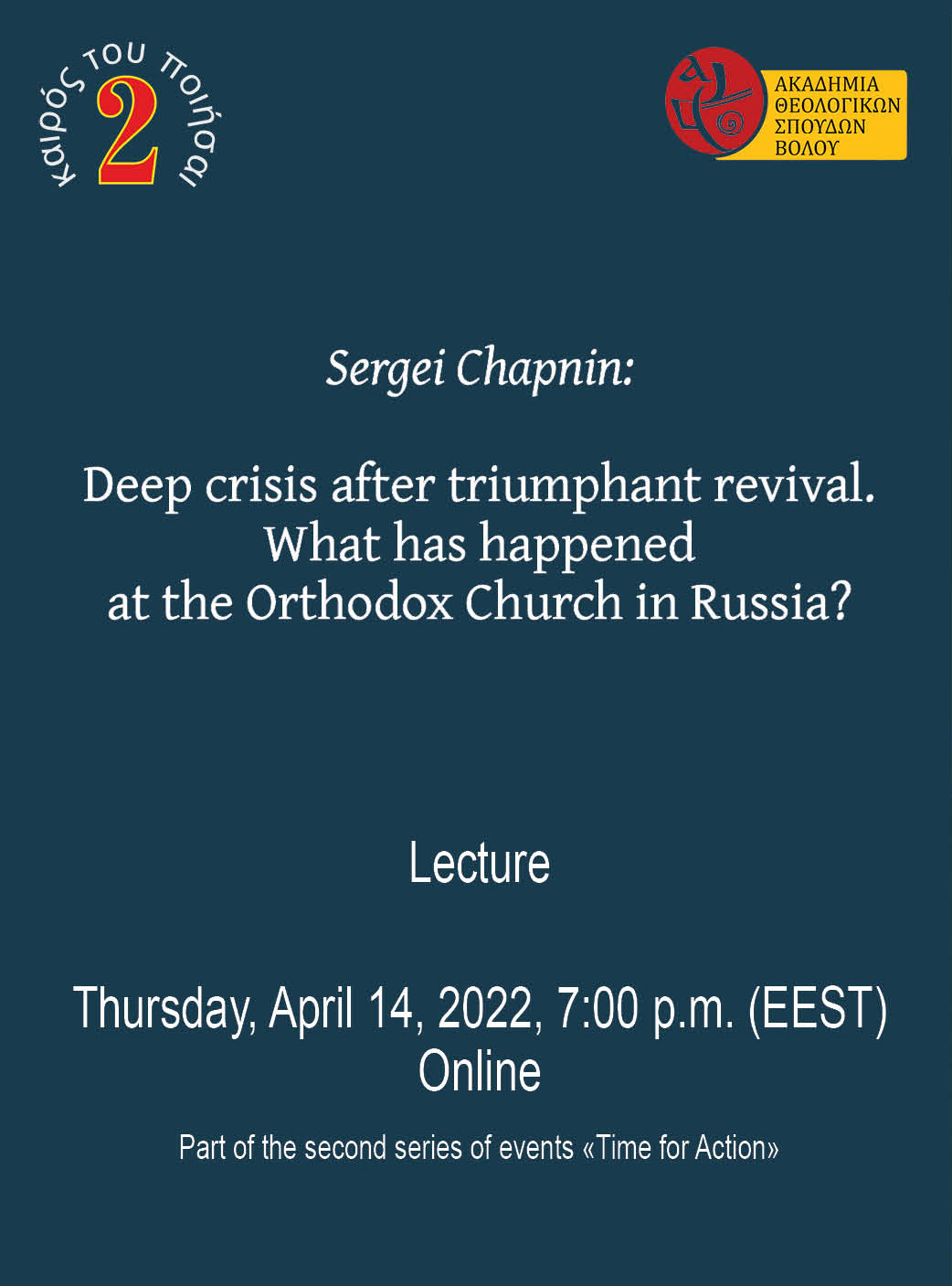 What has happend at the Orthodox Church in Russia?

“Patriarch Kyrill did not condemn the war in Ukraine and did not call on Putin to end it. How could this happen? Where did such stubborn silence come from, contrary not only to common sense but also to Christian conscience?”

The above questions and other similar ones will be put forward in the sixth lecture of the “Time for Action” series of events, organized by Volos Academy for Theological Studies on Thursday, April 14, 2022, 7.00 p.m. Athens time (EEST). The speaker will be independent Russian Orthodox journalist Sergei Chapnin. The lecture will be given online, through the Zoom platform, and the link for attending is https://us06web.zoom.us/j/86362078832.

The language will be Russian, with interpretation into Greek and English.

The exact title of the lecture will be “Deep crisis after triumphant revival. What has happened at the Orthodox Church in Russia?”.

The lecture will focus on what seems to be the final chord of a bright yet controversial period in the history of the Russian Orthodox Church. This period began as an enthusiastic religious revival, but ends 30 years later with a dramatic decline in the credibility of the Russian Orthodox Church, its harsh criticism, and even accusations that the ROC has become one of the elements of post-Soviet civil religion.