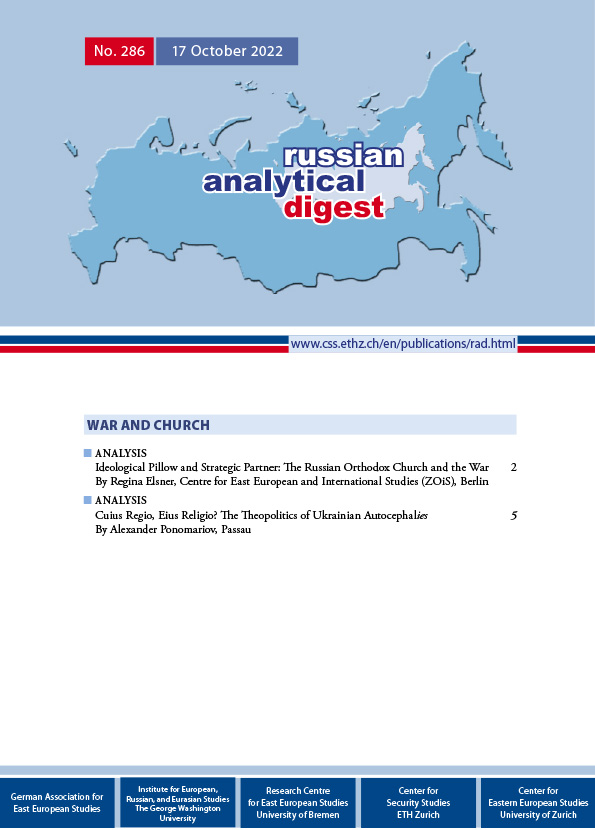 The topic of this issue is War and Church. Firstly, Regina Elsner queries the reasons why religion plays such an important role in the Russo-​Ukrainian War of 2022 and why Orthodoxy cannot be expected to play a peacemaking role therein; secondly, Alexander Ponomariov focuses on two Ukrainian autocephalies: the newly established Orthodox Church of Ukraine, and the de-​facto one proclaimed by the Ukrainian Orthodox Church of the Moscow Patriarchate, and predicts that the Ukrainian dioceses under Russian control are likely to move under the jurisdiction of the Russian Orthodox Church, with huge repercussions for Orthodox theopolitics.