Roma Inclusion in Romanian Orthodoxy: Too Little Too Late? 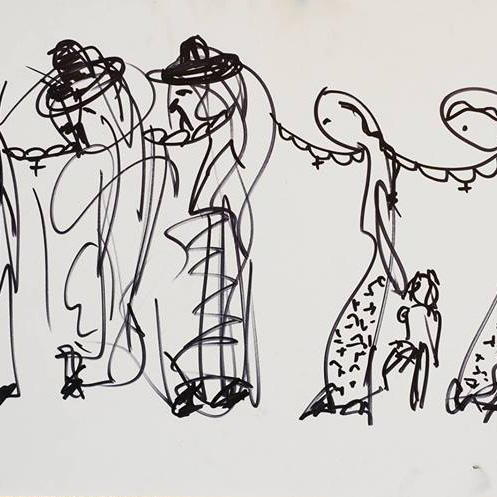 April 8 is celebrated worldwide as the International Roma Day. Romani people both honour their culture across the world and commemorate the centuries of persecutions and mistreatment in light of present Romaphobia and persistent discrimination against the most vulnerable ethic group in Europe. On this occasion, the Archbishop Andrei of Cluj-Napoca celebrated the liturgy both in Romanian and Romani language. Several daily magazines reported about what they call an “unprecedented event in the history of the Romanian Orthodox Church,” highlighting the fact that the Archbishop Andrei also held a religious memorial service that commemorated the Romani victims deported to Transnistria and Auschwitz-Birkenau. Although in 2009 another Orthodox service has been celebrated in the Romani language in the capital of Romania (Bucharest)—by the Orthodox priest of Romani origin Daniel Gangă—the liturgy celebrated in Cluj this year, on the occasion of the International Roma Day, brings to the fore front a commemorative practice that nevertheless acts as historical consciousness. By commemorating the Romani victims of deportations in both Romanian and Romani, the Orthodox service revealed that the painful past is not covered in oblivion. The liturgy was celebrated by the Archbishop Andrei and other Orthodox clerics, including Marin Trandafir Roz (the first Orthodox priest of Romani ancestry from Cluj). Romanian press reveals that the Roma community attended the liturgy with enthusiasm, while children received candies and other goodies from the priests.