On the succession of Kievan Rus and common space of Ukraine with Russia: analysis of sociological data 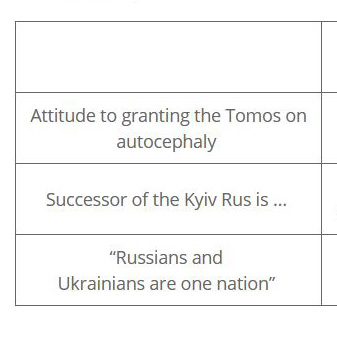 At the end of July 2021, the sociological group “Rating” conducted a survey on the public opinion of Ukraine. In addition to the general mood and rather political and electoral priorities there were proposed two important questions in the spiritual and religious sphere: on the attitude to granting of Tomos for the “Orthodox Church of Ukraine” and on the succession of Kievan Rus of the 10-13th centuries. Data on the belief of a significant part of the Ukrainian population that “Russians and Ukrainians are one people/nation belonging to the same historical and spiritual space” were widely discussed (41% of respondents supported this idea, what in the situation of military confrontation between Ukraine and Russia seems to be incredible). We decided that the results of this survey were worth a closer look and came to some important conclusions of our own.

The data can be found on the page of the mentioned sociological group ‒ http://ratinggroup.ua/research/ukraine/obschestvenno-politicheskie_nastroeniya_naseleniya_23-25_iyulya_2021.html. There is also a presentation of this study with graphs and tables (only in Ukrainian). The survey was conducted by phone on July 23-25. ​​this year.

The first thing that catches your eye is the rather stable dissatisfaction of the population with the general development of Ukraine. This figure is quite stable except for the periods before and after the election: under President Poroshenko, it reached 70-76%; under President Zelensky, the situation has improved in some way, but is still 65-72%. The data for 2021 show slight fluctuations between regions, but a significant difference between opinions of different age categories. Young people are much more optimistic ‒ 43% of the youngest respondents (18-29 years old) are positive about the current situation, while among respondents aged 40 and older only 18-21% are positive.