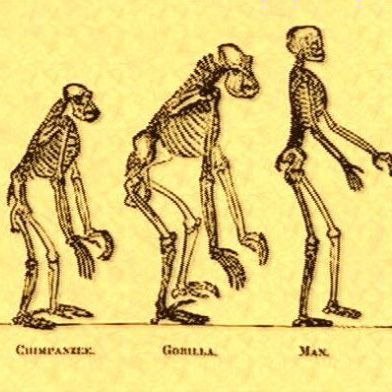 Recently in Serbia “a group of interested citizens” with signatures from more than 50 academicians and 100 additional people with postgraduate degrees (including 5 clergyman) released a petition to “revise the curriculum for study of evolution.” This petition was circulated to Serbian universities, as well as to several government bodies responsible for education including Ministry of education, science and technological development. In essence, this petition requested that theory of evolution be taught as “just a theory,” and (more or less) literal reading of Genesis be taught alongside it in science classrooms in Serbia. This problem is not new to Serbia; a similar effort was initiated in 2004 by the former Minister of education, but this was put on hold and thus efforts have been renewed to modify the school science curricula again.

What is remarkable in this discussion is the response from a group of orthodox theologians, teaching at the Faculty of Orthodox Theology at the Belgrade University. (For a version of this document in Serbian, please see here; for an English version, see here.) A group of 11 faculty members released an official statement explaining why this petition is inappropriate and even anti-Orthodox. The reasoning of this remarkable document is elegant and clear. It begins with a legal reflection that none of the agencies that received the petition can alter scientific theories because such right belongs only to the science itself following appropriate and exhaustive scientific research. It concludes with a resonant statement: “We believe that there is no reason why education in biology, physics, anthropology or geography (as “theories” in all of these fields can be found in the Bible just as well as those concerning the origin of life) should include the study of biblical narration, which apparently deals with the same issues as these sciences. The Holy Bible is not, and it was never meant to be, a textbook or an ultimate source for arbitration in any scientific discipline.”