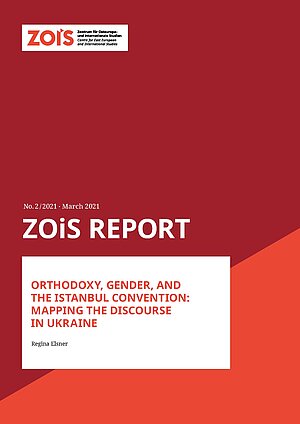 In 2011, Ukraine signed the Council of Europe Convention on Preventing and Combating Violence Against Women and Domestic Violence, known as the Istanbul Convention. Since then, struggles have continued unabated over the ratification of the convention and its implementation into Ukrainian law and society. One of the main obstacles comprises religious communities and conservative groups, which strongly oppose the use of the term ‘gender’ in the text of the convention. Family values and the fight against the implementation of gender in Ukrainian legislation on employment, education, hate speech, and domestic violence are the most frequent topics on the agenda in discussions between state institutions and religious actors. In 2017 and again in 2020, plans by the Ukrainian government to ratify the Istanbul Convention were postponed because of religious intervention. It is therefore necessary to analyse churches’ arguments and positions in a comprehensive way.

This report starts by putting the Ukrainian case in context within the European development of antigenderism and religion. It then systematises the main theological, structural, and geopolitical aspects of the positions of the Orthodox Church, before analysing these positions in relation to the activities of religious actors in Ukraine’s antigender movement.