The Religious Factor in Conflict 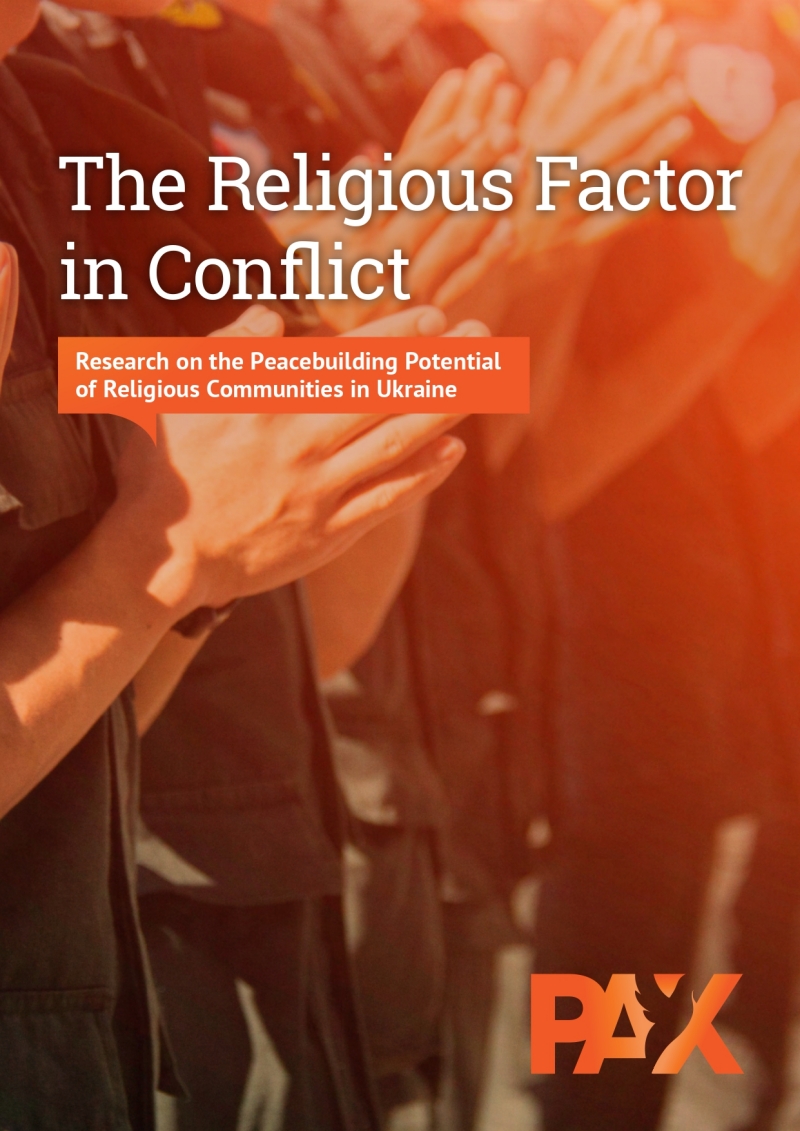 Research on the Peacebuilding Potential of Religious Communities in Ukraine
PAX Report
6. April 2021

Ukraine has a long tradition of religious diversity, with different (mainly Christian) denominations existing next to each other. The armed conflict waging in the east of the country since 2014 has influenced relations between the different religious communities, as has the renewed struggle between orthodox churches after the granting of autocephaly to the Orthodox Church of Ukraine in January 2019.

This report explores how the differences play out, both between religious denominations and between geographic regions. It seeks to identify in what ways religious institutions, being among the most trusted structures in Ukrainian society, can make best use of their position to contribute to resilient communities, a more stable society, and what could be the role of religious actors in the arduous task of peacemaking.