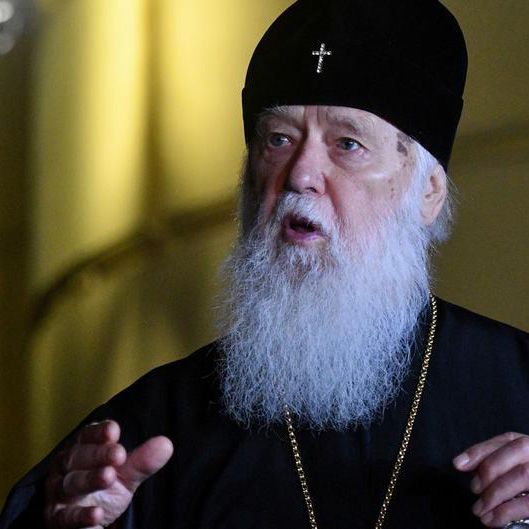 In the four months that have elapsed since the Ecumenical Patriarchate (EP) granted autocephaly to the Orthodox Church of Ukraine (OCU), the process of adjusting to the new situation has been challenging for both the OCU and the Ukrainian Orthodox Church-Moscow Patriarchate (UOC-MP). The OCU has been enduring the growing pains of stabilizing Church life after the unification council, while the UOC-MP has sought to sustain its inner unity and keep parishes from migrating to the new church.

Recently, a new wrinkle has emerged in the Ukrainian Church situation. In a series of interviews with the Ukrainian media, Filaret, the former patriarch of the Ukrainian Orthodox Church-Kyiv Patriarchate (UOC-KP), insists that he remains patriarch and that he is governing the OCU together with Metropolitan Epifaniy, primate of the OCU. Filaret has also suggested that the OCU can immediately elevate its status from a metropolia to a patriarchate by convoking an All-Ukrainian council and revising the Church’s statute.

Filaret’s public position on the situation of the Ukrainian Church compromised the situation when he invited numerous bishops of the OCU to St. Volodymyr cathedral in Kyiv for the commemoration of St. Macarius, Metropolitan of Kyiv on May 14. Metropolitan Epifaniy was not initially invited to the celebration. When invitees publicized the event, the media noticed that Filaret issued the invitation on the stationary of the recently annulled UOC-KP. Filaret claimed that the UOC-KP continues to exist, and that only the one who founded the Church could liquidate it. Soon afterwards, Filaret explained that Epifaniy was failing in his duties of governing the OCU, and that it was Filaret’s duty—as patriarch—to guarantee the unity of the Ukrainian Church by convoking an all-Ukrainian council. In an astonishing display of narcissism, Filaret claimed that he has the authority to convoke such a council because he was and remains the patriarch.