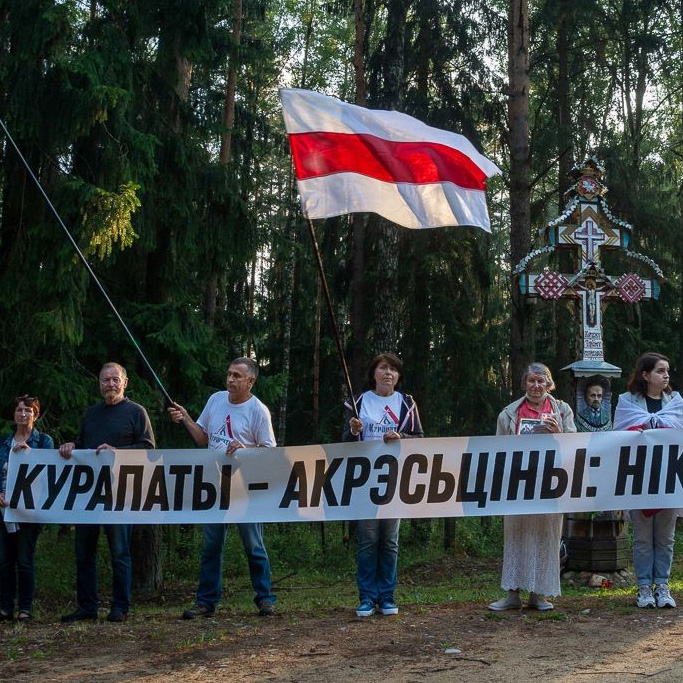 This August marks a year since the large-scale protests had swept through Belarus following the fraudulent presidential election. With several protesters dead and the number of political prisoners in hundreds, Belarus is undergoing one of the most dramatic periods since it proclaimed independence in 1990.

Despite the violence of the authorities, the persistence of the protests demonstrated something unanticipated. One can hardly say that civil society in Belarus is the ‘least developed in Europe’ (Lenzi, 2002) or ‘weak’ (Matchanka, 2014), while social capital is in ‘low stocks’. In fact, social networks, solidarity and trust of Belarusians have never been at these levels.

The brutal suppression of peaceful protest marches has also triggered reaction from various Christian churches in Belarus. This blog post explores how Christian churches engaged with the ongoing crisis. It views their participation as talaka, a form of voluntary assistance, historically, traditional to Belarusian rural communities. Considering the political turbulence and the state repressions, churches efficiently facilitated acts of solidarity within society.

Talaka as civic action
In scholarly discourse, social capital refers to social networks and norms of trust and reciprocity (Putnam, 2000). Some scholars went as far to define social capital in former Soviet republics as non-communitarian or in ‘low stocks’ – as clientelism and corruption lay at its heart, rather than the community in a broader sense (Åberg, 2000). Yet, research on social capital in Belarus is scarce.

The argument that social capital is ‘non-communitarian’ or is in ‘low stocks’ in the post-Soviet space, however, seems problematic. First, it underestimates social developments on the ground. Second, there is no consensus on the most sufficient and complete way of measuring of social capital (Wu et al., 2018). This is the case, in particular, of less open and accessible, non-democratic societies, such as that of Belarus. To explore social capital, I suggest focusing on a traditional form of civic engagement which developed in the Belarusian society – called talaka.