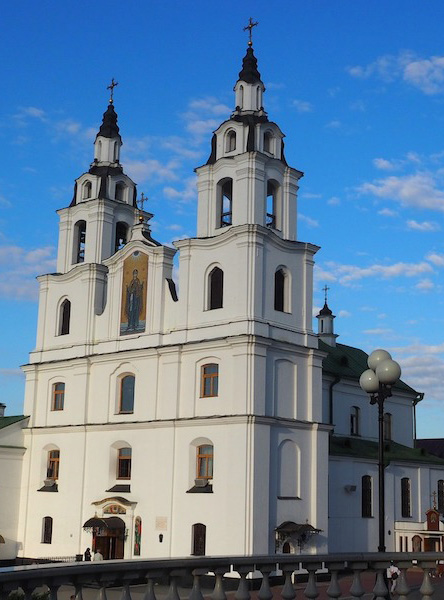 Belarus, a landlocked country in Eastern Europe, emerged as a site of mass protest and international scrutiny in August 2020 after the re-election of President Aleksandr G. Lukashenko. President Lukashenko, nicknamed “the last dictator of Europe” by the most recent Bush administration, reported a landslide victory against opposition leader Svetlana Tikhanovskaya in an election widely considered as neither free nor fair. The election results have brought hundreds of thousands of Belarusians to the streets in protest, where police violence and allegations of torture have only heightened tensions. In response to the ongoing unrest, President Lukashenko has sought support from Russia, a longtime close ally. As the protests continue, faith leaders and religious institutions—including the Orthodox Church—can play an important role in broader debates on the future of state and society in Belarus.

The Belarusian Orthodox Church is the largest religious organization in the country and is an exarchate or diocese of the Russian Orthodox Church. Metropolitan Paul, former leader of the Belarusian Orthodox Church, faced criticism from within the church for his close relationship with President Lukashenko.  Other faith leaders, including Catholic Archbishop of Minsk Tadeusz Kondrusiewicz, are standing in solidarity with protestors. A newly formed ecumenical coalition of various Christian denominations in Belarus is also united in prayer and condemnation of political violence. With the delicate geopolitical balance of post-Soviet Eastern Europe in play, further reflection on the challenges and possibilities of faith activism and religious ethics in the protest movement is needed.

This week the Berkley Forum asks: What are the challenges and possibilities of faith engagement in the Belarus protests? How might Orthodox ethics, particularly around human rights and state authority, contribute to the current conflict? Are other examples of religious activism in protest movements from the post-Soviet world instructive for Belarus? If so, how? In what ways does the close relationship between Russia and the Belarusian Orthodox Church shape Orthodox engagement on political issues in the country? How might the ongoing conflict shape the future of Orthodoxy in the country, as well as its broader religious landscape?